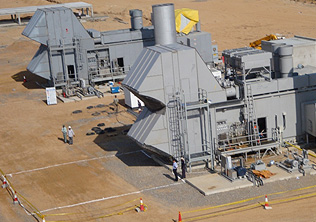 The project was based on two LM2500 gas turbines operating in open cycle mode. This involved the installation of two generating units. The first unit was commissioned in February 2009 and the second unit in April 2009.