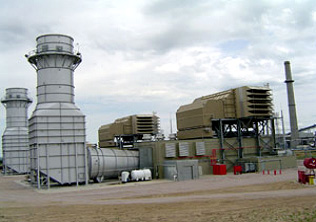 In February 1999, Independent Power America (IPA), a wholly-owned subsidiary of IPC, was selected in a tender by Public Service Company of Colorado (PSCo) on an arms length basis to supply 302 MW for seven years. The ManChief Project – located in Brush, Denver, Colorado – was IPC’s first greenfield development. The development timetable for the project was particularly tight as there were significant penalties in the event that power was not available on time. The plant was sold by IPA to Coastal Corporation, a subsidiary of El Paso Gas, in 2000.