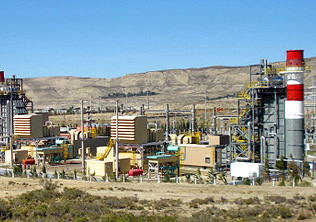 The project converted two General Electric 6551B gas turbines operating in open cycle mode with 76 MW of net installed capacity to combined cycle operation. This involved the installation of two heat recovery steam generators (HRSGs) that utilize the waste heat from the gas turbine to raise steam. The steam is used to generate electricity using a steam turbine. The project resulted in approximately 73% efficiency increase of the plant. In order fully to harness the capacity of the new steam turbine, the project also included gas over-firing in the steam turbine with a consequent increase of the effective capacity at the project site. The project was registered at the UNCCC in 2008 and the CER carbon credits were sold under a forward contract to KFW of Germany and the Kingdom of Spain.