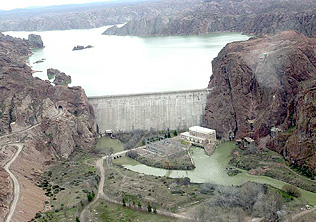 In June 2000, IPC’s shareholders acquired from Camuzzi Argentina, S.A. a controlling interest in an Argentine holding company called Hidroelectrica del Sur, S.A. This company in turn owned a 59 per cent. stake in Hidroelectrica Ameghino, S.A. which owned the privatised 48 MW Ameghino hydroelectric power plant near Trelew in the Chubut Province of Argentina.

At the same time IPC’s operating subsidiary took responsibility for all operations of the plant and all aspects of administration, including dispatch. This involved construction of a new online dispatch centre in Buenos Aires linking Ameghino into the Argentine wholesale market system (or MEM) under the control of CAMMESA.